In one of our recent safari to Iconic Wayag that attract people all over the world to visit Raja Ampat, we found boats of plastic garbage, which certainly coming from tourists themselves. Our guests, a family with kids, collected those plastics and Styrofoam into our kayaks, which we brought back to Sorong to be discarded. Where does it go next? Collecting plastics will never solve a problem. It will be the same cycle. We just need to stop the source. Stop using it in the first place.

Indonesia is second only to China as the world’s largest contributor to plastic pollution. Between 1 million and 2.4 million tons of plastic waste contaminate the oceans each year. Of this, Indonesia is estimated to contribute roughly 200,00 tons of waste from its rivers and streams. Plastic pollution in Indonesia has become a huge nuisance and health risk. As is widely known, especially to those who have visited certain world’s beaches from Bali to Costa Rica. It does not matter how far you go, how remote your destination is, plastics have made their ways there. 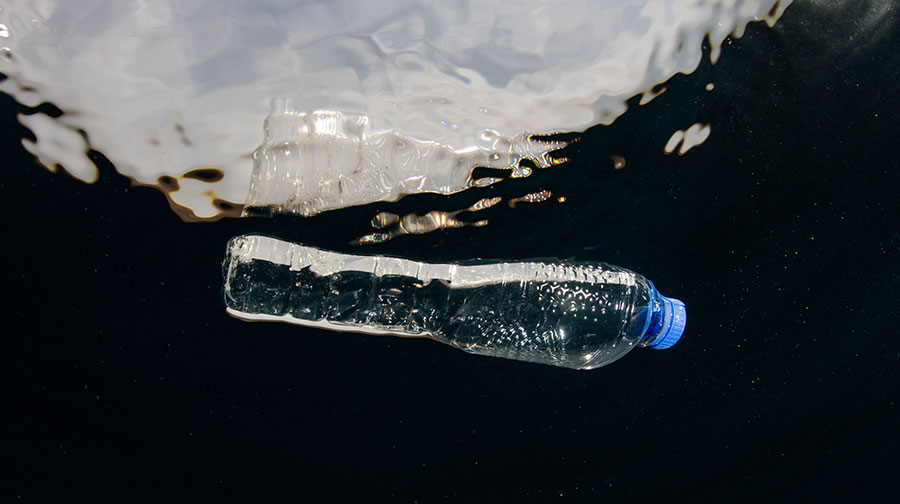 Indonesia, an archipelago with more than 17,000 islands that is home to about 265 million people needs to combat water pollution, and specifically plastic waste. Once can see a strike example how over population can have a bad impact on environment. Bungin Island, built on top of sand back from stacks of coral, a home to Bajo tribe “The people of the sea” which settled here 200 years ago. It is located in the Alas Strait that divides Lombok and Sumbawa Island. Little known to public, this island is named as the world’s most populous island. Imagine more than 3,000 people live on 8.5 hectares of space without a coastline and a green land. As a result, plastics have become a big issue as well as coral bleaching. They have a limited access to fresh water. The animals that live here also do not have access to green space; they eat plastic garbage. 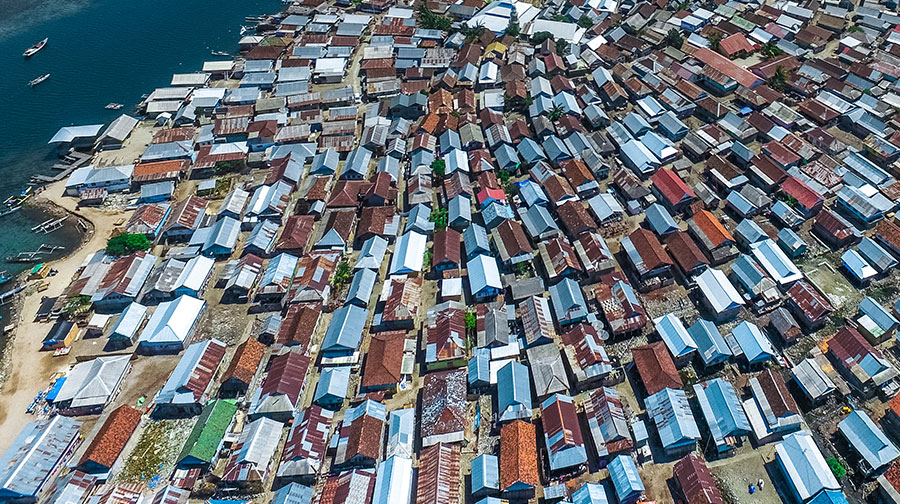 While in the island of Gods, Bali, local authorities announced to apply a ban on single-use plastics, such as shopping bags, styrofoam food packets and straws (while Jakarta may follow suit), Indonesia's Industry Ministry expressed it opposes an earlier plan to impose an excise tax on plastic bags. Last year, Indonesia launched a national action plan, pledging up to USD $1 billion to reduce the waste in its waters by 70 percent by 2025. Fajar Budiyono, Secretary-General of the Indonesian Olefin, Aromatic and Plastic Industry Association says average plastic consumption in Indonesia is around 21-22 kilogram per individual per year. Most of those trashes are ended up in the ocean and shorelines, as a waste management is not properly managed yet across the region. 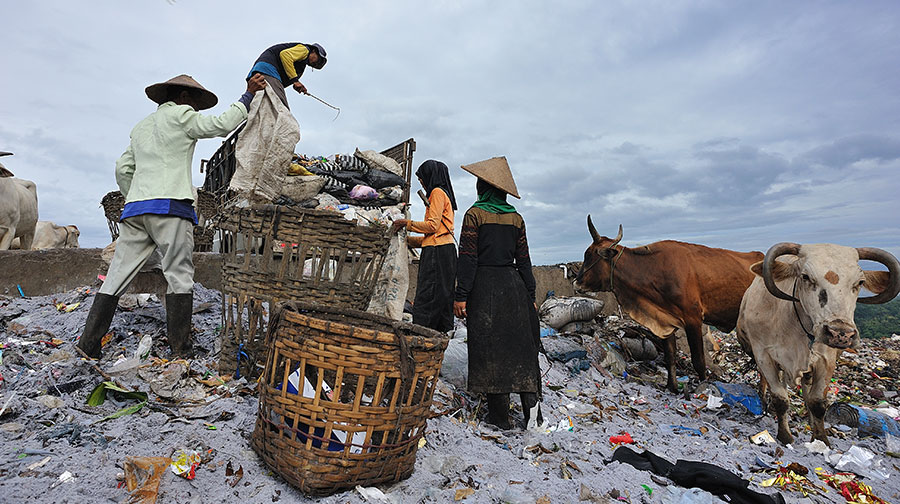 Our oceans cover more than seventy percent of the earth. They are facing a serious threat from increasing human population, as there are nearly 8 billion us, and counting. This population swell is leading to over-fishing as well as increasing CO2 emissions. The resulting acidification of the seawater causes increased sea temperatures and coral bleaching which is devastating much of the earth’s reefs. Fortunately, most of the reefs in and around The Coral Triangle have yet to be affected significantly by these threats and it is often referred to as the “Amazon” of the sea. 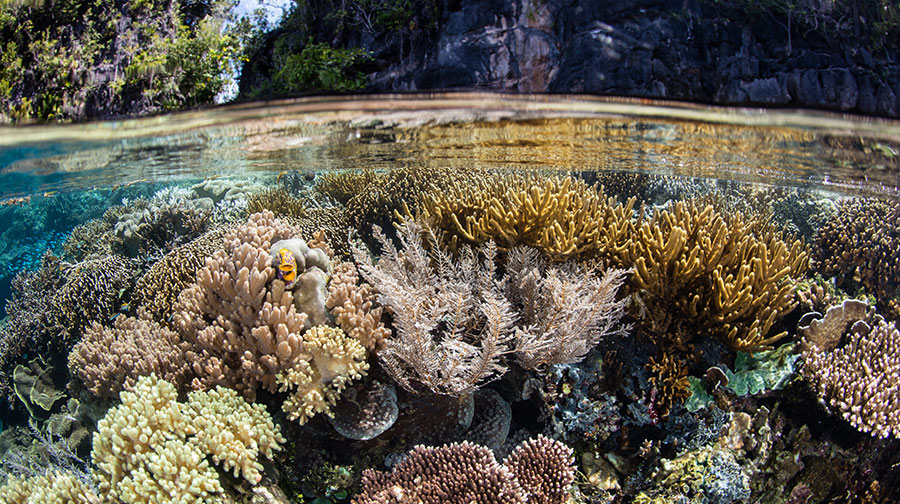 These coral reefs are the most diverse ecosystems on the planet. They protect coastlines from the damaging effects of wave action and tropical storms while providing habitats and shelter for many marine organisms. Losing our reefs means the extinction of many species and inevitably leading to the breakdown of our ecosystem’s health and function. If coral reefs are gardens, imagine a city without gardens. 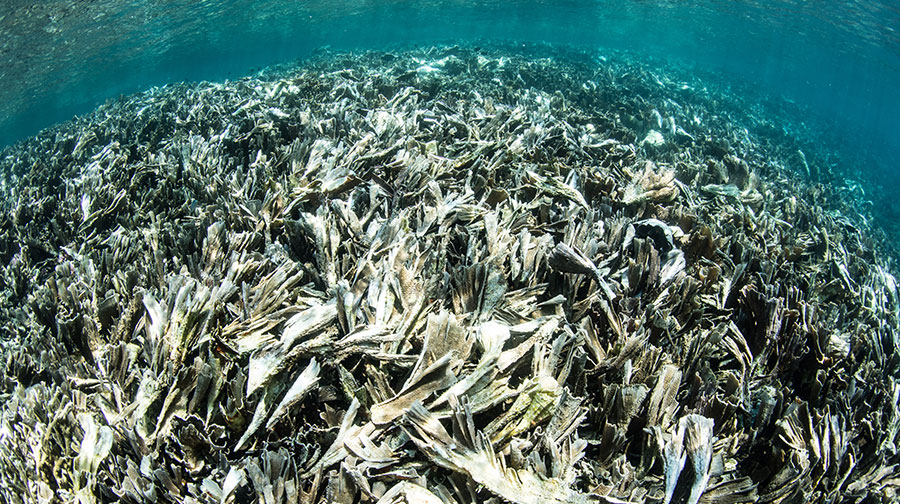 Here, where the Pacific and Indian Oceans meet, Sequoia Yacht is celebrating our one-year journey across this remote section of South East Asia; The Coral Triangle. These are among the most significant reef systems on earth. While comprising only 1.6% of the planet’s oceans, it is home to over 76% of all known coral species in the world. At the heart of the Coral Triangle, you will find more than 17,000 islands of the Indonesian archipelago. As we venture to more distant lands, we are becoming more sensitive about the impact that tourism has on the environment and the local population. 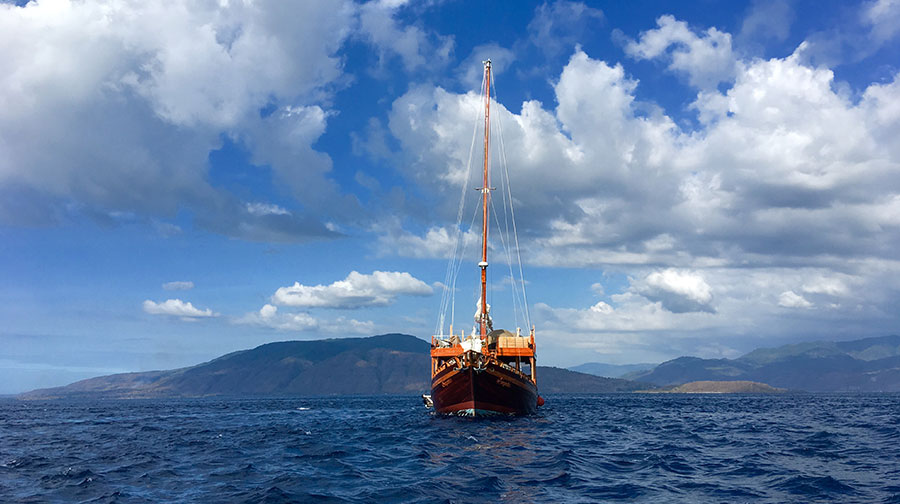 We have very few wildlife ecosystems left. Sustainable lodging, locally grown food sourcing, burning less fossil fuel are ways each of us can adapt to slow down the rate of global warming. We can explore remote reefs at the edge of the world with the most spectacular marine life to be seen while keeping our footprint light. We have selected and sourced our products with this in mind including the latest low-emission engines and electrical generator systems available in the US. We built Sequoia using US Coast Guard Safety Standards as our guideline. Adhering to our no plastic use policy will be accomplished while still maintaining the US and European standards of hygiene and cleanliness. We do not use single-use plastic or palm oil product on board Sequoia. This is done to reduce the devastating impact of global warming and plastic trash that is threatening our oceans.

Sustainability has become Sequoia way of life. What is good for us should also be good for our planet. If you do, you may become more convinced of the importance of saving this reef system, a jewel that is critical to keeping our precious blue planet. Begin your own journey #BeatPlasticPollution.